VMware is an industry-leading virtualization platform. It allows for the creation of numerous virtual machines on a single physical host, or a collection of hosts (i.e. your Mac Cloud).
List of valid operating systems for VMware VMs.

How does VMware work?

VMware works by running a hypervisor on the host machine or cluster of host machines. This layer is where the VMs will eventually be situated. For more on this, see the VMware documentation.

Why would I use VMware?

MacStadium customers tend to use VMware for processes that require virtual machines to be built, provisioned and potentially torn down time and again -- CI for macOS and iOS projects is a prime example of such a case.

How do I interact with VMware on my Mac Cloud?

There are two means of interacting with VMware on your Mac Cloud.

The first is via the dedicated vCenter user interface, which is also referred to as the "web client." This is the manual means of controlling your VMware environment.

The second is via the vSphere API, which allows automated control of your VMware environment.

What is VMware’s vCenter?

VMware's vCenter is essentially a private app that runs alongside the hypervisor on your Mac Cloud. With it, you can control every aspect of your VMware environment and the VMs it contains. 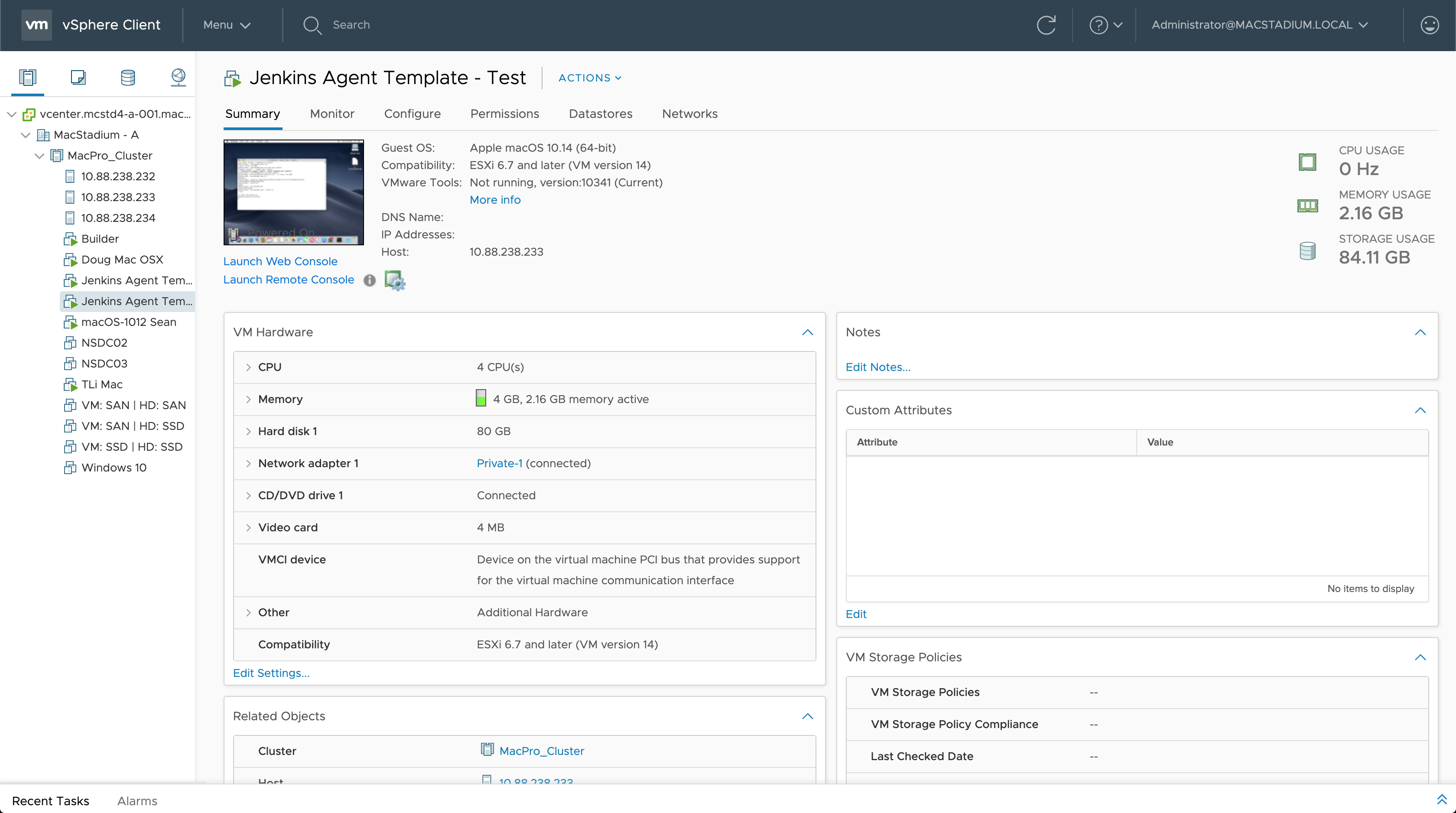 Simply navigate to https://<vCenter_IP>/ui in a web browser, and log in with the credentials provided in your MacStadium IP Plan.

Your <vCenter_IP> and login credentials are provided in your MacStadium IP Plan.

What can I do with it?

In short, everything that can be done with a VMware environment.

To name just a few possibilities:

The vSphere API, like the vCenter UI, runs alongside the hypervisor on your Mac Cloud. With the HTTP endpoints it provides, you can perform all of the same actions you can perform with the UI -- but with the API, it can all be done programatically.

Ansible is a powerful, open-source tool that many of our customers use for automation separately from VMware. That said, Ansible ships with VMware-specific modules that allow you to send instructions to the vSphere API via a simple script written in the human readable Ansible language -- a YAML-based language developed for its namesake.